We would like to thank Chris and Paige Gould, Central Provisions’ proprietors, for inviting Foundation Brewing to a special beer dinner last Wednesday night. We knew we wanted to make something special for the event, so when we were working out the details, we asked what they would look for in a beer if they could create it themselves from the ground up. Chris and Paige suggested a beer to highlight caramelized and toasted flavors, something that would have some maltiness and body to it. Joel and John knew right away the beer for this job, and Burnside, our take on an English brown ale, was born. 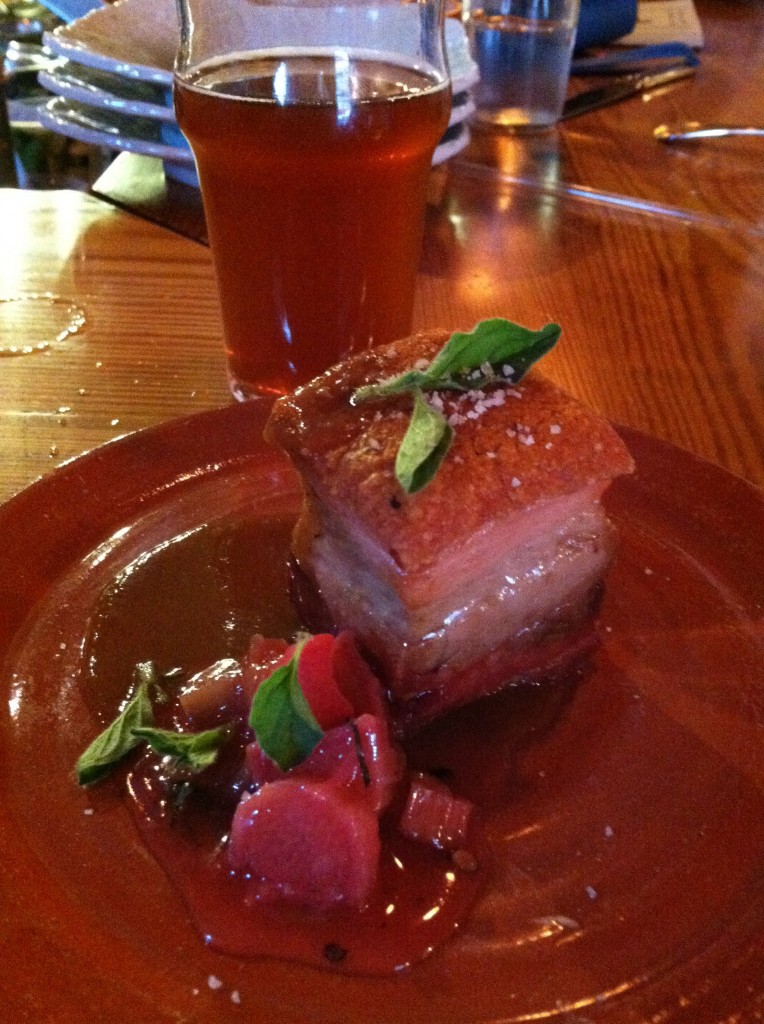 Patrick, CP’s Bar Manager, developed a delicious Eddy Shandy to round out the beer offerings of Blaze, Eddy and Burnside. The Eddy Shandy was made using peach infused brandy, a house-made grenadine using Chinese Knotweed, and of course, Eddy, our Saison.

It was tough going, but we had to try all the beers with all the selected pairings (and then some) to make sure everything worked like we had hoped. The general consensus was that for John & Tina, the favorite dish was the Pasilla Chicken Tacos (radish, cotija, lime crema) paired with Blaze. Just to make sure, we had to order the dish twice! That said, the pork belly confit marinated in a reduction of Burnside was also stunningly good. Joel & Christie found instead that their favorite pairings were Burnside with the Caramelized Sheep’s Cheese, and the Eddy Shandy with a Key Lime Tart for dessert.

Thank you, Chris, Paige and the entire staff of Central Provisions, for a fabulous evening enjoying our Foundation beers in a marvelous and quintessentially Portland setting.