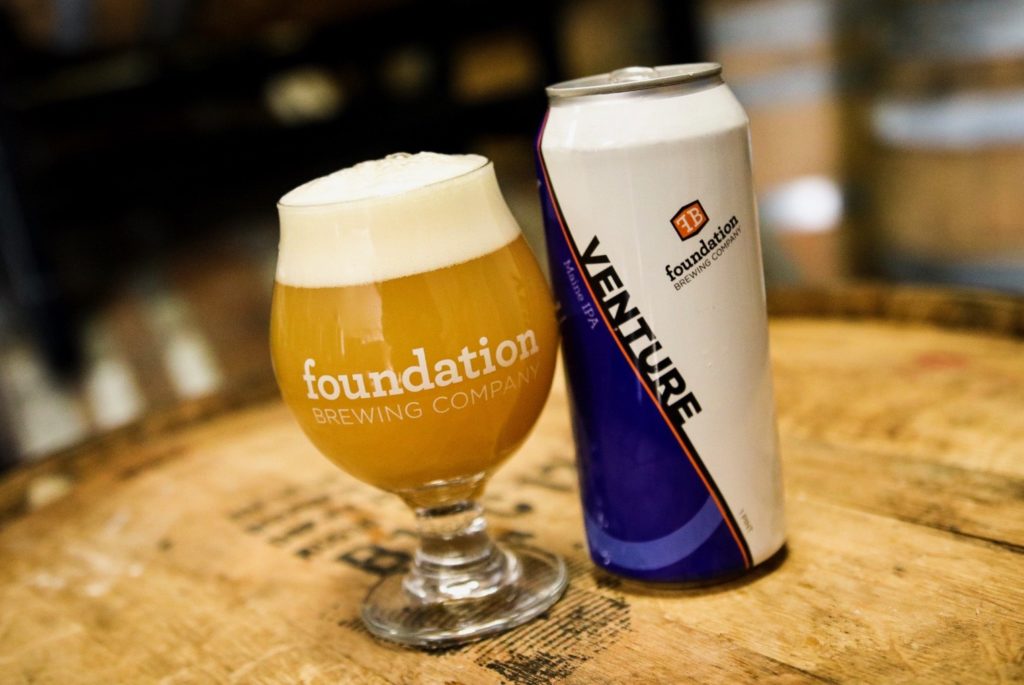 “Nothing ventured, nothing gained.”

I heard this more times than I can count as a kid. It was one of those things my mother would say before she would nudge me towards some new endeavor. It always felt like something she probably heard a million times from her parents, a bit of wisdom passed down through the family. It is also the phrase that inspires Venture.

When we first started to think about brewing a big IPA, we kicked around several ideas and concepts about how we wanted that beer to look, taste and feel. The choices we settled on became the beer now known as Epiphany, but we filed some of those other thoughts away for later. Eventually though, as the time started to feel right to brew another big IPA to pair with Epiphany, we had to decide which path to go down. Do we brew a beer that in essence riffs off Epiphany, maybe change out some of the hops a bit, but basically double-down on what worked with that beer, or do we go in a different direction? The safer bet was probably to just tweak things, but of course we asked, “What is the fun in that?”

So, from the get-go, Venture was conceived to be different. Light in color, really soft and fluffy in mouthfeel, and with more of a citrus and pine feel from the hops, we decided to launch in a very different direction from Epiphany. The grist is mostly Pilsner malt, with a good slug of wheat and only a touch of oats. For hops, despite both having Mosaic, the flavors would be very different thanks to the Chinook and El Dorado being more in the driver’s seat. When we released it, we loved it. It quickly became a joke in the brewery, are you on #teamventure or #teampiff?

However, this past year, we decided to introduce a new yeast strain to the brewery. Instead of the workhorse British strain we have been using, and still do use for most of our beers, we wanted to try something different. We settled on an American strain, a yeast that throws some really nice esters and a soft feel to the beer, and we used that to brew Dreamboat and then Spiffy. To say we almost gave up on the yeast is an understatement, as we almost dumped the batch because the fermentation was so problematic. But, after it turned the corner, and we tasted the beers, we knew we had to try it again. The second iteration of Mindstorm followed.  After tasting those beers, we knew we were at another crossroads. Do we introduce this yeast to recipes we have already established, or leave everything the same and just keep it going with new brands?

Well, nothing ventured, nothing gained, right?  First Citrabot, and then this latest batch of Venture packaged on Valentine’s Day were fermented with this new yeast. Even softer and fruitier than before, we feel like this has amped up all the original visions we had for these beers, and we love the results! We hope you do too.