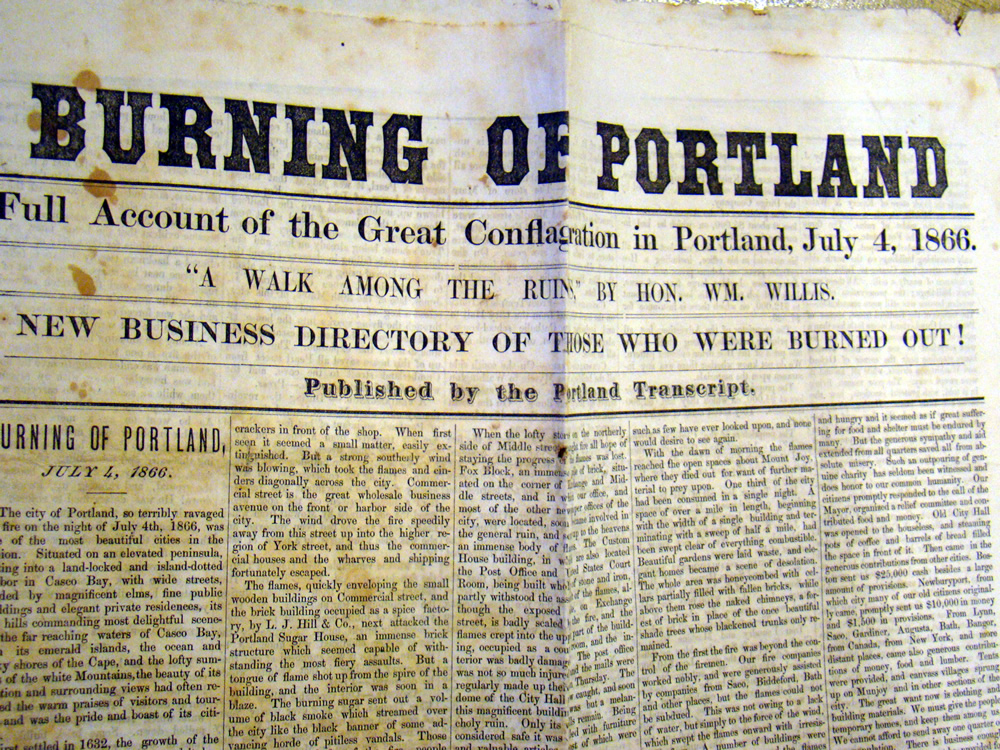 Portland, ME (July 1, 2016) – Foundation Brewing Company in Portland, ME is releasing a special beer on Fourth of July weekend in its tasting room at One Industrial Way. This beer, named Brick City, is a Rauch, or Smoke Beer, created to pay homage to the City of Portland on the 150th anniversary of the Great Fire of 1866.  On July 4 of that year, the celebrations went awry, and a fire broke out in the commercial district, sweeping through much of the city built on what current residents call the “Peninsula.”  The fire destroyed a third of the city, killed two people, destroyed over 1,500 buildings and left 10,000 people homeless. The debris from the fire was used to build what is now much of the waterfront along Commercial Street and the Fore River, and all new construction in this area was of brick and stone to prevent future fires.  This forever changed the city, creating the brick warehouses that make up the heart of the Old Port.  To honor its rebirth, the City’s seal includes a phoenix and the motto “Resurgam” which means “I shall rise again.”

Brewed with beechwood smoked malt and Munich malt, and fermented with a lager yeast, Brick City pours a golden orange color.  The aroma and flavor is of a pleasing smokiness overlaid with a warm malt presence, finishing clean and balanced.  This beer would pair wonderfully with any smoked seafood or meats, or a nice cheddar or semi-soft cheese.

Brick City is a limited, small batch beer that will be available for tastings in the Foundation Brewing tasting room at One Industrial Way on Sunday, July 3rd from 12-5p and Monday, July 4th from 12-4p. Portions of the proceeds from sales of the beer will be donated to the Portland Fire Department.