We’re excited to share the news that we’ve finally brewed our first batch of beer, which was Eddy. John and I worked many hours counting down to brewday, and with some technical assistance from our awesome neighbors at Allagash (thanks Dee Dee!) we put some fantastic smelling wort into FV1, and let our house yeast go at it. And go at it they did. 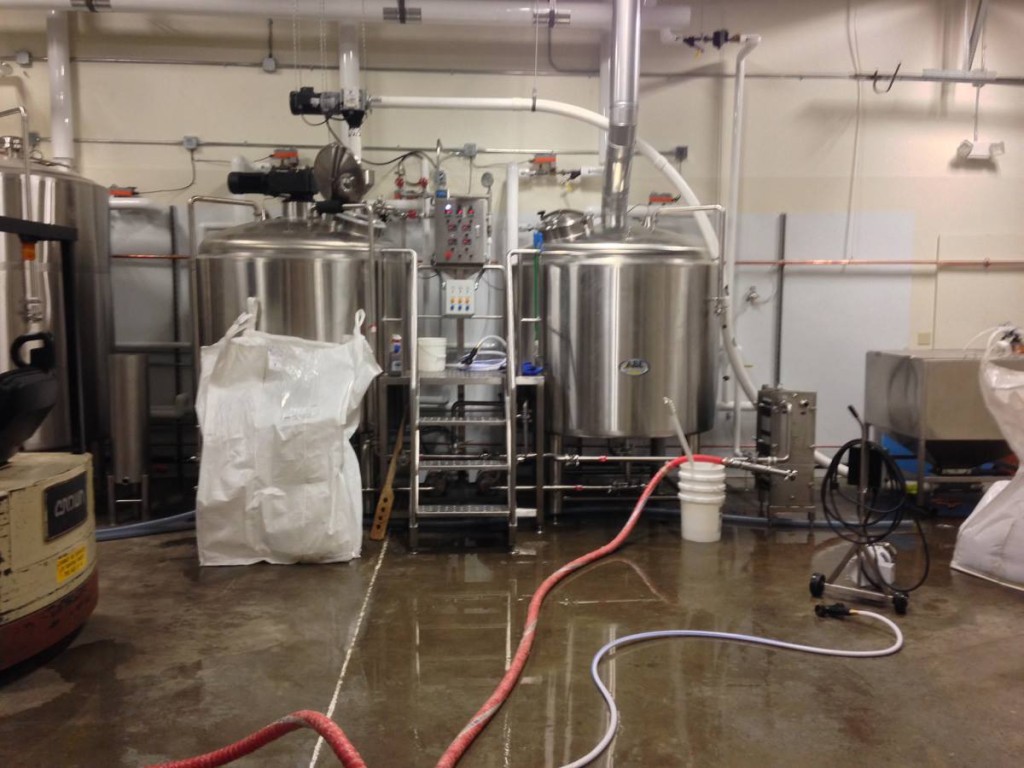 Now, as any new brewery will tell you, there’s some learning to be done on your equipment, and how to scale your recipes. We’re no exception. The flavor and aroma of Eddy are awesome, but we’ve still got a little bit of work to get it exactly where we want it. For this reason, you’ll see some minor changes in Eddy in the coming months. We’re putting out a beer that we’re proud of, but we’re not satisfied with just being good. We’re committed to making the best beer that we possibly can, and in the coming months we’ll get there. We hope you’ll join us on that journey, it’s going to be a blast.